Paramount Performance has been tuning and styling Jaguar cars since 1986, now using VIEZU tuning software so much more is possible than the old fashioned ways of tuning.

Speed limiters can also be moved, and throttle response and midrange torque can be remapped and improved.

One of the most recent and exciting additions to Jaguar tuning and remapping is “popping and banging” for Jaguar cars, quite simply we can target specific areas of a rev range and driving conditions and give your jaguar more growl, deeper and more meaningful exhaust tone, and exaggerate those great burbles and gurgles on over run when coming off throttle.

This type of Popping, banging Jaguar Tuning can be quite delightful, exaggerating the great sound of the jaguar engine and just allowing a little more burble and fun. 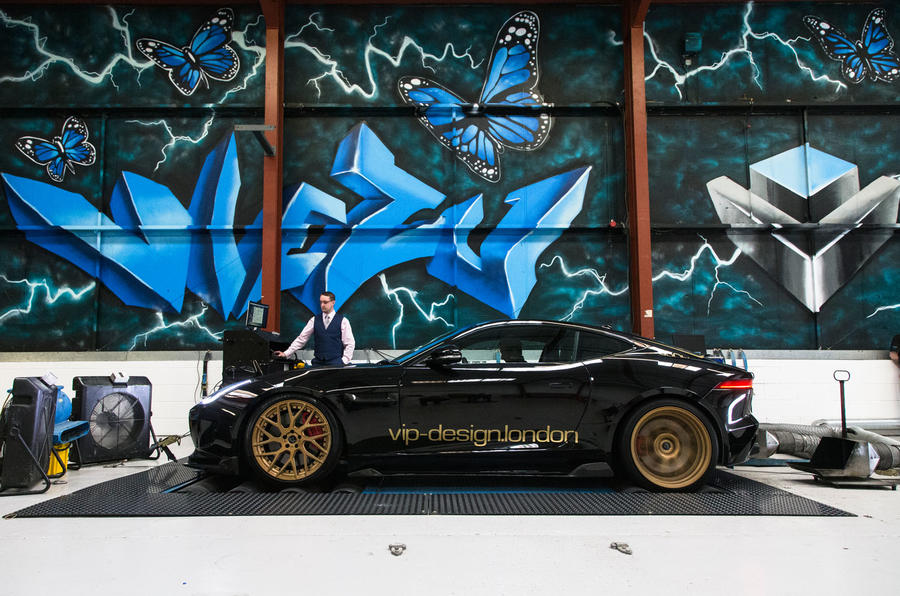 You can see a sound clip and video of our Popping, banging Jaguar tuning here, (F Type Tuning) this F Type is running de-cat, and Popping, banging Tuning, as well as water meth stage III tuning, it’s pretty extreme, but Popping, banging tuning can be added to most cars and does not have to be quite so loud and extreme

Custom, bespoke and powerful tuning and ecu remapping available for all Jaguar models. As well as exhaust systems, power and performance upgrades.   Contact us here for further information info@viezu.com