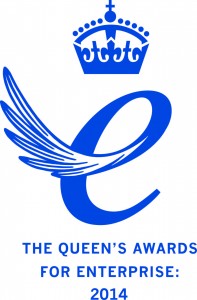 Viezu are celebrating being named as winners of a Queen,s Award for Enterprise - the UK's highest accolade for business success. Only 160 Queen's Awards for Enterprise have been announced this year for outstanding business achievement in the fields of International Trade, Innovation and Sustainable Development. The Awards are made annually by HM The Queen, and are only given for the highest levels of excellence demonstrated in each category Viezu's Queen's Award for Enterprise has been given in recognition of the Fuel Saving Tuning Solutions, Carbon Emissions Reduction, Software Development and Training offered through The Viezu Technical Academy and Services to our Dealers and Customers.

We know of no other tuning provider to achieve such status. Developed in-house by Viezu over two years, BlueOptimize is the only vehicle tuning product focused solely on reducing fuel consumption and emissions. Viezu's research and development has produced independently verified data showing that BlueOptimize can cut fuel use by 15 per cent and emissions by 20 per cent. The cost saving and environmental benefits of BlueOptimize have attracted major fleet users including BT, which chose Viezu to remap its entire fleet of 24,000 light commercial vehicles. Thanks to the improved fuel efficiency of its vans BT is now saving £4million a year in diesel costs and estimates that the reduction in its carbon footprint is equivalent to taking 5,000 London cabs off the road. Fleet Tuning

The efficiencies delivered by BlueOptimize are achieved by making changes to the electronic programs and settings controlling a vehicle's engine and power. These can include limiting maximum engine and vehicle speed, restricting full throttle ability and capping peak torque. You can see more on our fuel economy tuning here Economy Tuning

We received our Queens Enterprise Award for Innovation and we are the only veng hicle tuning and software company in history to receive such a prestigious Award. You can see some of our other awards

The new Management Team and Staff here at Viezu are immensely proud of this fact and the changes we have made to the business to ensure its integrity and on-going success. We have invested huge effort this year to really push the quality and research and development we carry out to the highest level, ensuring our services remain industry leading The 2014 Queens Award and Viezu's ISO 9001 certified status recognises the Quality you can expect from Viezu.