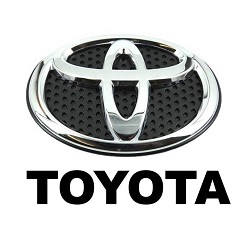 BOOK AND BUY YOUR TUNE ONLINE

Fill in your details below to find your vehicle

Toyota Motor Corporation is one of the world's leading vehicle manufacturers and Viezu is proud to be able to offer Toyota tuning and Toyota remapping. Viezu has developed a range of Toyota chip tuning and Toyota ECU remapping services, covering virtually all Toyota vehicles. The Toyota tuning we provide is custom written so can be tailor made to suit your needs. Viezu’s Toyota chip tuning will improve overall power and torque, driveability and throttle response, as well as improving Toyota fuel economy and fuel efficiency. Viezu has remaps covering both Toyota diesel tuning and Toyota petrol tuning too. The majority of the Toyota tuning is carried out quickly and efficiently through the OBD port and a remap can be installed in as little as 45 minutes. All of the remaps and Toyota tuning produced by Viezu can be tailored to your exact needs, be it all out Toyota performance or Toyota fuel economy remap offering fuel saving. All Toyota tuning and remapping work comes with Viezu’s no quibble money back guarantee and full underwritten insurance. Toyota car tuning is developed in house by our team of experts on our environmentally controlled rolling road and for many thousands of miles both in simulated and real life conditions. Viezu has performance and economy engine remaps for the majority of the modern Toyota range, including the Aygo and the Yaris. Whatever your Toyota tuning and performance requirements the Viezu team and our worldwide dealer network are here to help. Please and let us know how we can be of assistance.